Network slicing has been standing as one of the key enabling technologies for the upcoming 5th Generation of Telecommunications. Alongside other important technologies, such as NFV, SDN and MEC, its contributions to isolated network provisioning in a more dynamic and flexible way are being pursued in different industry and academia arenas throughout the world. Nonetheless, considering the wide range of foreseen enhanced use cases (not only in scope of 5G but also Beyond-5G), slicing aspects have been mostly targeting either enhancements at the radio level, or the integration of cloud resourcing capabilities for supporting network operation at the core and/or the edge. As such, there is a wide gap related with the impact that such slicing-based procedures will exert over mobility management processes for seamless mobility support while the devices, network or services move both physically (i.e., change their network point of attachment) as well as virtually (i.e., between slices). MOBISLICE III will focus on bringing forth first assessments, technical planning and supportive technologies evolutions, for the validation of network slice deployments in real and experimental scenarios within and outside the lab. It will look deep into on-going research and industrial efforts not only featuring ICT players (e.g., telcos, system providers, vendors) but also verticals (as the network slice consumers), which are pursuing joint technical solutions where the mobility of slices has a presence. Additionally, it will also look at the underlying technical innovations and tools over existing experimental infrastructure, to support these real experiments, trials, laboratorial work and scalability models/assessment.

The MOBISLICE workshop focuses, but is not limited to, the following topics targeting slicing:

The event will be structured in the following way :

Carlos Guimarães is currently working as a Postdoctoral Researcher at Universidad Carlos III de Madrid (Spain), where he is pursuing research activities in 5G technologies and main enablers as well as in the application of Artificial Intelligence and Machine Learning into computer networks. In the past, he worked as a Researcher Assistant at Instituto de Telecomunicações - Aveiro (Portugal), where he has tackled different topics of computer networks area, ranging from Future Internet, Information-Centric Networking (ICN), Software- Defined Networking (SDN), (flow) mobility management and media independent handover mechanisms in heterogeneous networks, and network function virtualization. He received his M.Sc. degree in Computer and Telematics Engineering in 2011 (Universidade de Aveiro, Portugal) and later his Ph.D. degree in Computer Science in 2019 (Universidade de Aveiro, Portugal). His Keynote presence in MOBISLICE III is under scope of 5G-DIVE.

Edge and Fog for I4.0 and Autonomous Drone Scouting with 5G-DIVE

In 5G-DIVE project, two vertical pilots, namely Industry 4.0 and Autonomous Drone Scouting, are being addressed to assess the technical merits and business value proposition of an Edge and Fog 5G E2E solution. This presentation will do an overview on the different use cases being targeted and how the Edge and Fog, along with 5G, will impact their implementation, integration, and introduction of new innovations.

Josep Mangues-Bafalluy is senior researcher and head of the communication networks division of the Telecommunications Technological Center of Catalunya (CTTC) since 2013, where he leads a group of 30 people. He has a degree (1996) and a PhD (2003) on Telecommunications Engineering from the Technical University of Catalunya (UPC) and over 20 years of experience in the networking field (incl. mobile networks, application of machine learning to network optimization, testbed design and deployment, network function virtualization). Josep held various roles (incl. leadership) in several public funded and industrial research projects (e.g., 5GPPP 5Growth, 5G-Transformer, or Spanish 5G-REFINE) with recent emphasis on adapting network infrastructures to the needs of vertical industries (e.g., automotive/transportation, industry 4.0, media, eHealth) and automated network management. He was vice-chair of IEEE WCNC 2018 (Barcelona). He was also researcher and assistant professor at UPC from 1996 to 2003. His Keynote presence in MOBISLICE III is under scope of 5GROWTH.

Providers have traditionally cooperated in multiple ways towards a common service offering. The idea of service federation has been around for a while, particularly in a cloud context, but also in a networking context. When moving to a function virtualization context (NFV), both such contexts must be combined and harmonized. Realizing the end-to-end network slicing vision in an ever changing heterogeneous environment that combines multiple technologies and administrative domains is a daunting task. In telco environments, processes spanning multiple departments inside the operator (e.g., radio, wireless transport, optical transport, IP transport), not to mention those spanning multiple operators, must be streamlined to achieve service deployments in the order of minutes (as per the 5GPPP KPI objectives). Much work is still to be done to fully realize this vision. There have been some attempts in this respect, including ETSI NFV standardization efforts defining requirements and providing initial ideas on how to define the required interfaces.

In this talk, we will explain how the service federation vision is being realized in H2020 5GPPP 5Growth project, standing on the 5G-Transformer legacy. It enables the handling of complex architectural constructs, such as composite NFV network services, and end-to-end resource management through different administrative domains, yet staying at service orchestration-level peering. We will give some hints on the main architectural concepts developed in 5Growth (and 5G-Transformer) to offer service federation in practice as a key underlying functionality towards end-to-end multi-provider network slicing. We will also explain how service federation is offered in a transparent way to service provider customers (e.g., vertical industries), which allows verticals to focus on the service logic and ambitious deployment plans, and operators to complement their service offering and geographic span towards an increased customer base. Finally, we will put all the pieces of the puzzle together to show how an emergency eHealth use case exploits service federation in practice.

The workshop will be held on the 9th November, 2020, in conjunction with the VI IEEE Conference on Network Function Virtualization and Software Defined Networks

Improved versions of selected contributions will be invited for possible inclusion in a Special Section of Wiley’s "Internet Technology Letters".

Our top quality TPC will sellect a BEST PAPER and present the respective Award Certificate at a ceremony during the workshop session. 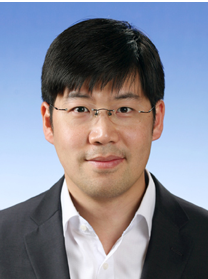